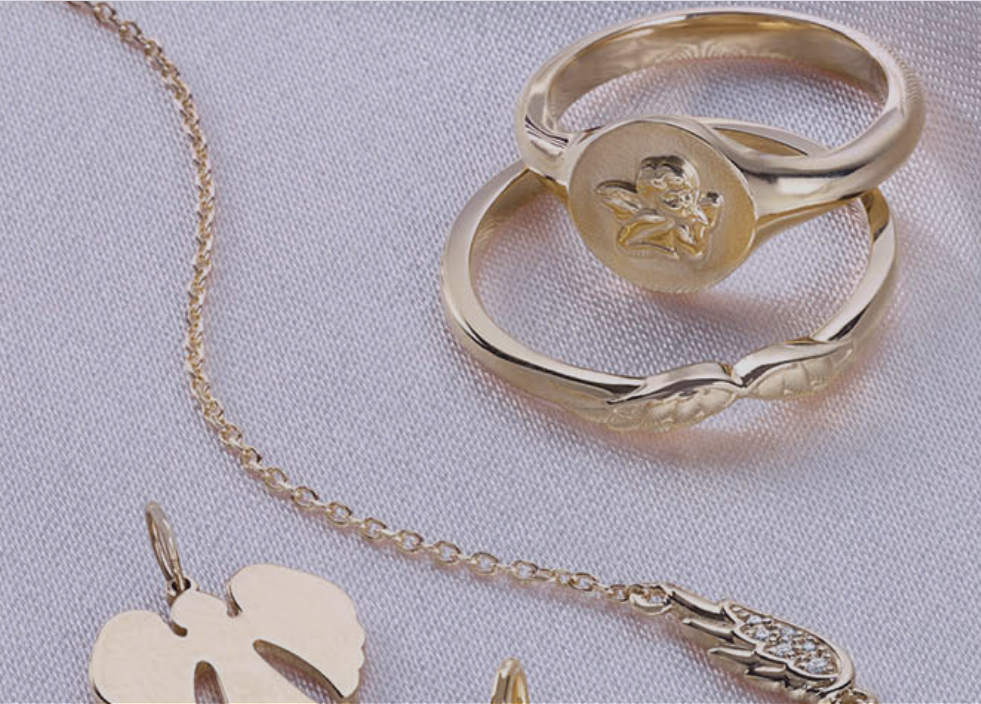 Adler’s Diamonds, initiated in 2021, is owned and operated by Danielle Adler Estes and Jessica Adler Gerring. The sisters were raised at the heels of jewelers, as their father, grandfather, and great-grandmother were the three generations to own Adler’s Jewelers.

The Adler family tradition in jewelry and watchmaking goes back to the late 1800’s.

Though Adler’s Jewelers was brought to the United States in 1957 with László (Larry) Adler, it was Larry’s mother who first adopted the trade that would be passed down through 4 generations.

This box came to America with Larry Adler in 1957. He received it after WWII when he was incarcerated in a Serbian prison camp for being Jewish. He saved other inmates lives by sneaking them extra food, and they built this box for him after the camp was liberated. It is signed by all of those inmates on the inside.

Larry’s mother was a talented watchmaker who managed to master the trade and open her own storefront in Budapest, Hungary when females were not warmly received in the business world. She caught the eye of well-known engineer, Morris Adler, and the two were married.

The Adler’s had three children, including Larry Adler in 1910. Throughout this time, Larry’s mother continued the watchmaking trade. When Larry began to show an interest, she taught him the basics and sent him to receive professional training. By age 13, he had graduated from watchmaking school and was building watches, wall clocks and grandfather clocks from scratch. When Larry’s mother retired, Larry opened his own storefront in Budapest. The business thrived for many years, until the beginning of World War II.

After decades of being a respected, well-known citizens and business owners in Hungary, everything changed for the Adler family with the beginning of World War II and the Holocaust. The store was looted and vandalized, and Larry was forced out of business by a series of anti-Jewish laws which imposed limits on Jewish participation in Hungary’s public and economic life.

Many Jews in Hungary were able to survive the first few years of the war, but after the German occupation of Hungary in 1944, Jews were deported to Auschwitz concentration camp. Every single member of the Adler family, with the exception of Larry and one of his nephews, was killed by firing squad or sent to Auschwitz, where they ultimately perished. After surviving a concentration camp named Dachau he then ended up in a Serbian work camp. Despite the deplorable conditions and horrific mistreatment of the prisoners, Larry was one of the fortunate few Jews to survive the war.

After the camp was liberated, Larry returned to Hungary only to be devastated by the news of his lost family, and the demolition of his beloved hometown. Shortly after, he saw the most beautiful woman he had ever seen crying in a café. Her name was Elizabeth and she, too had lost her entire family. A few weeks later, they were married. Together, Larry and Elizabeth rebuilt Adler’s Jewelers in Budapest, and had two children, Thomas and Marilyn.

Adler’s Jewelers regained some of its former success after the war. However, then end of WWII did not mark the end of the civil unrest in Hungary. The country remained extremely dangerous, and though Larry and Elizabeth longed to stay in their homeland, the beginning of the Hungarian Revolution in 1956 forced their hand. Deciding that it was no longer safe to raise their young children in Budapest, the Adler’s began the risky and difficult trek as political refugees.

After walking many miles with only what could be sewn into the linings of their coats, the Adler family arrived at a boat that would take them to America. Thomas was 8 years old and Marilyn was 5 years old when they arrived in the Saint Louis in 1957. None of them spoke English, and Larry had $7.

Through a sponsor family, Larry was able to find a gentleman who would rent him enough space for a watchmaking bench. The gentleman, Mr. Blau, spoke English and Hungarian, and helped Larry write out cards that said, “I am Larry Adler, I fix watch” with a phone number to speak with Mr. Blau. This is how Adler’s Jewelers in Saint Louis began!

Thomas was beginning to master the language, and knew that jewelry was essential to the survival of his father’s business. He taught himself the trade by working with other jewelers and vendors, and soon the family purchased their first storefront in the Arcade Building downtown. Since then, Adler’s has been housed in the Paul Brown Building, on Forsyth in Clayton, and its final Brentwood Promenade location. Larry Adler and Tom Adler on the right.

Thomas carried on the tradition by teaching the trade to his daughters, Danielle and Jessica the fourth generation. Danielle worked alongside him for over 20 years at the final Adler’s Jeweler’s location in Brentwood until its doors closed in 2021. Her vision for the future of the Adler Family is what fueled the creative whirlwind forming the modern wave of Adler’s Diamonds.